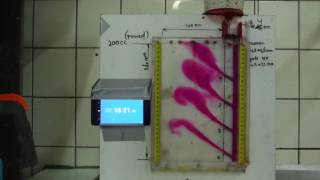 In 1960 Amsterdam asked Cor Hund, accomplished artist and director of the Rijksacademy, to create a monument in memory of the writer Multatuli. Ten years later, although he made nearly 150 sculptures for the monument, he gives the assignment back. This is the story of one of the 'sketches, born in 1963, titled Saidjah And Adinda On A Water Buffalo. We made a silicone mould in order to obtain a model in wax which could be cast 'Cire Perdue' And so it came to pass that in the s